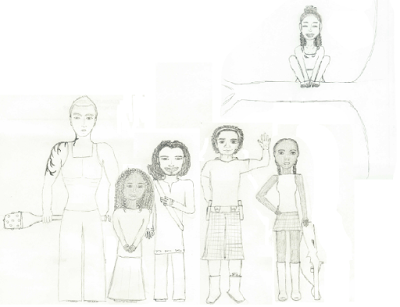 Jonnie is the last princess of the Crystal Bearers, once a powerful people. When she was a baby, the metal army destroyed what was left of them, and now it is hunting her. Her watchmen keep her just out of the metal army’s reach, but she has spent her seventeen years running and hiding. Instead of standing by while her watchmen keep risking their lives for her, she decides to learn how to fight alongside them.

To read more about the world of Teorre, search any tags for FP: "Fractured Princess," "Tuesday Tales," "Q&A," "characters," and more!