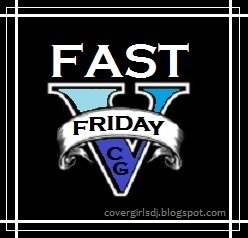 Oct 21st - Name 5 sci-fi/horror books/movies that scared the crap out of you
Dead Silence
Orphan
Final Destination
Scream 2
Insidious
I used to read a whole bunch of Christopher Pike when I was a teenager, but I don't think any ever scared me, and the Stephen King's books I've read so far horrified me more than scared me, lol.
What about you guys?﻿
on October 28, 2016 4 comments:

Journeying through the minds of my characters, I've found Writeworld, a site filled with lists of character questions. Using one of the roleplay lists, let's see what my characters remember or know of their homelands. We haven't heard from Andyrsn in a while, so let's start with him.


Where is your homeland?
What are its people like?

I was born on Viveno Island. It's just off the southeast coast of the Life Continent. It's always warm there, and it's surrounded by beaches on every side, so there's a lot of surfing and fishing throughout the day. We have some fun tournaments, too. There's the baobab tree race, where we see who can climb up and get the most baobabs the fastest. Obviously, we have surfing tournaments--what good beach bums don't? The kids do sand castle contests. Everyone's laid back and friendly. We're all pretty low maintenance. You get the occasional angry old man, but that can't be helped.

How about you guys?

Huh? Man, you guys don't have those?

(Not in our country.)

Oh, man. Well, so, they're this really popular fruit on my island. The outside is fuzzy and kinda yellow. When you crack it open, you've got a bunch of tough red fibers covering up the good stuff. The pulp is dry and can be eaten straight or ground into a powder and put in just about everything. I know some ladies who even use the oil from the tree in their hair.

Nice! The trees they come from are fat and tall with short branches hanging around the top, so everyone has to climb to get the fruit. Hope you get to taste it one day!

(Thanks for coming back!) 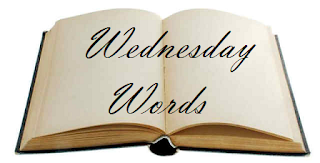 So, I joked about doing "NaNoReadMo" a couple of posts back, but at this point, I realize it might be a good idea!

If you remember April for me, my Pastor died at the beginning of the month, and I was hired for a new job at the end of the month. Since then, my reading has gone kaput, and I was nowhere near reaching my original Goodreads goal for the month. I cut it down, given the circumstances, but I could still do better.

Most on the writing blogosphere already know November is National Novel Writing Month (that's right, right?), the time most writers set a goal of writing 1,000 words a day to have a 30,000-word manuscript done at the end of the month. This has been shortened to the adorable NaNoWriMo.

So using that same model, I would like to try to reach my reading goal by the end of November, or at least have a buffer that I can breeze through in December. So for me, November will be National Novel Reading Month, NaNoReMo! If I can read a book a week, I'll be happy. It's going to take some hard work!

What about you? Participating in NaNoWriMo this year? Would you like to join me in NaNoReMo? I want to know!
on October 19, 2016 6 comments:

I'm back with another question for one of my characters! This past week has been quite wild for me, and as I schedule these posts, I'm barely awake (it's barely 10pm), so I hope to get this done so you'll be looking at it in the morning!

This time around, I used Writeworld to find a question for my main character Ghuli*. There are some great questions there, so I chose one that struck me as a good one for Ghuli to answer.


7. What does your character think is his or her worst quality?

My worst quality? Oh my. Well, to be honest, I am a bit impulsive. If I want to do something or go somewhere, I tend to follow my feelings. I am certain this frustrates Cyan, howbeit. In fact, I know it does. I would also say at times, I am clumsy, and to be both impulsive and clumsy is not the best of things. Cyan has had to patch me up many times after falling from the trees around our home.

(Let me sneak question 8 into this as well: What do other people think your character’s worst quality is?) Cyan? 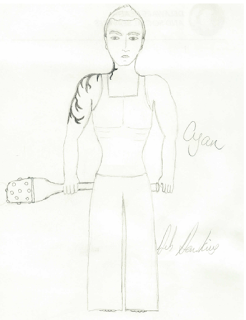 Well, what did she say?

The clumsiness I could deal with. The impulsiveness is indeed the problem, especially when you tie it in with her affinity for not listening. I will give her an order, and she follows it for, perhaps, two minutes. The next thing I know, she's out of range of earshot, getting herself tangled in willow switches or limping back home because a branch gave way. 'Tis exhausting beyond measure. I imagine it will get better as she gets older. One can only hope.
------------

Poor Cyan. My worst quality is that I get angry or annoyed really quickly. What's yours?


*This post occurred before I changed Ghuli's name to Jonnie*

I can't believe October is here. Anyone else failing on their Goodreads challenge this year? I feel like if I buckle down during November, I can catch up. Maybe do NaNoReadMo' lol. I'm so corny.

Anyway, I changed my blogging schedule last month, and I'm really enjoying it. I was even thinking to myself, "Do I post a blog yet? Do I do it now? Yay, I get to post what I'm reading!" And that's what I needed: to be excited about blogging again.

Today also is the second go-round for the DVPit contest for marginalized voices! I hope I'll have a chance to throw a couple of pitches out there. I read a very inspiring article about my hero, Issa Rae, and she said one of her goals is to show black people just being ordinary, and I love that. That's one of my goals, too. People need to see black people and other marginalized groups just plain living in stories, and that is what I plan to do in my books.

Now, the IWSG question for the month: When do you know if your story is ready?

Oh man, are WE supposed to know that? lol Um...well, I guess for most, when you have beta readers and critique partners tell you. For those of us not that lucky with maintaining either, I feel like it might be hit or miss. Overall, I'm relying mostly on myself, which is tough, but that's life sometimes.
on October 05, 2016 12 comments: