Tuesday Tales: Sitting Down with Cyan

Merry Day After Christmas! It's time for another Tuesday Tales Q&A with one of my characters! This time, I'm holding onto Cyan's legs so he can't get away (though Jonnie might answer for him anyway). I took today's questions from The Ultimate Character Questionnaire. It's a huge list, so anyone with Microsoft can download it.


Jonnie, what words or phrases does Cyan overuse?
Jonnie: He likes to curse things *laughs*. He says "The damned of you" all the time.

How does he display affection?
Jonnie: You'd be surprised how affectionate he is! He is a hugger. He also likes to touch the top of my head.

Cyan, how do you want to be seen by others?
Cyan: I would like for them to see me as a good Watchman. People have been watching my progress since I was a kid, so I hope I have made them proud.

Jonnie, how is he seen by others?
Jonnie: Well, I'm biased because he's my big brother, but he is the best! He may get on my nerves at times--

Jonnie: --but I know he just wants what's best for me.

How does he react to praise?
Jonnie: Oh, dear Teorre, just don't. He has no idea how to handle compliments. Just say, "Well done," and move on.

How does he react to criticism?
Jonnie: You can tell he doesn't take it well--he frowns and sulks and sometimes talks back. Howbeit, he does consider and incorporate changes as necessary.

Cyan, what is your perception of family?
Cyan: Well, I suppose, family isn't just your blood. 'Tis who you can rely on from day to day and who you would die for.

What advice would you give your younger self?
Cyan: I haven't seen it happen yet, but there must be a day when she will tire herself out, so hang in there.

All right, that's enough out of them haha. There are a bunch of other questions to explore, so I'll probably come back to them next month . . . or should I say NEXT YEAR!? 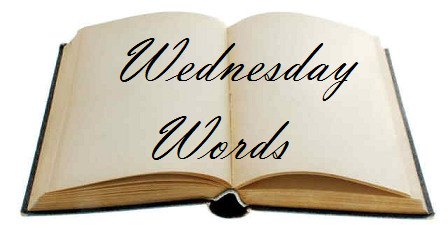 A﻿ll righty, so because I posted a Friday post early, I'm doing Wednesday Words this week! This is when I share with you all what I have been reading or writing. I've set down both the e-book and the e-comic I was trying to read, so nothing on that front. But, after NaNo, I did open up my WIP with comments from Jodi Meadows to work on her notes.

I also want to say WHEN this book gets published, I want to do a special book of the draft stages and my favorite comments from her. Some of them still make me laugh when I look at them.

The main problem this go 'round was distancing. I had trouble bringing readers into the POV characters' heads, which I could see right up front. I usually write: "This happened, and I felt like this when it did" when it needs to be more like "This happened, and oh why is happening?" I did better in some areas than others. I have a chat with a Spec Fic group creator hopefully this week to see her thoughts, too, but I have a feeling they'll be about the same.

Are you writing or revising this week?

So, I forgot to post Wednesday Words this week, but I'm also not reading anything, so why not mess up the rest of the month!?

More importantly, Episode Ignis came out this weeeek! Ignis was my favorite FFXV character, and I've been waiting impatiently for his episode! So much so that I bought it before I went to work yesterday morning!

A little backstory: during the main game, there is a major battle against the Imperial Army and Noctis's guard while he's going off to win over Leviathan. His fiancée is killed in this struggle, and somehow Ignis loses his sight.

This episode lets us see what happened, but first, this opening (and Noctis's little face!):


Ignis has been with Noctis for the longest, I believe, and to be honest, he spoils him all through the main game. I was devastated to hear he was blinded in this scuffle.

Playing the game straight through only took an hour. You have the option to venture off and reclaim districts in Altissia, but I was trying to get a handle on Ignis's battle system and also getting up on the roofs without falling back into the water all through the city.

But also, Ignis is a BEAST! I was taking out Imperials with hardly any need for a potion until I had to fight Ravus and then Ardyn. I also didn't realize Ravus had a prosthetic arm, but he thought he was chosen to fight off the darkness and tried to wield the One Ring--oh, sorry, wrong...well anyway the Ring of the Lucii. The past kings of Lucis said, "Nah, fam," and his arm burned away! So, when Ignis picked up the ring to fight Ardyn, I knew he would live, but didn't have any details. He called on the kings to give him power to fight Ardyn, and they said, "Sure, but now you're blind." We were able to fight him off long enough for Gladio and Prompto to find us, and then Ignis collapses from exhaustion.

Rewind: while Ignis and Ravus battle through Altissia to get to Noct and Luna, we run into Pryna, one of Luna's husky-German shepard mixes (no idea what these puppies are), and she either dies or collapses but not before giving Ignis a gift of foresight, so he sees everything that is going to happen to Noctis. This helps to explain in the main game why sometimes it's like Ignis can see after this battle: he's already seen the future happen!

So, as the credits roll and take us through the rest of the game, it ends on a moment at their last campfire where Noctis is telling Ignis that even if Ignis isn't there in the end, he's there in Noct's heart. And then...well watch for yourself. I almost lost to tears:


This episode was perfect. It was the one we deserved all along. I'm going to play again this weekend.
on December 15, 2017 No comments:

I've been so busy today that I forgot it's the first Wednesday of the month. UGH.


I hope everyone did well with NaNoWriMo. I did more than I thought I would but didn't reach my goal. On the bright side, I've successfully started a brand new story, so I have something to work with.


I don't have time to say much and don't have much to say, so visit the Insecure Writers Support Group website to view this month's optional question, see the co-hosts, and to meet some new people. As always, thanks to Alex J. Cavanaugh for starting this group!


This month's question: As you look back on 2017, with all its successes and failures, if you could backtrack, what would you do differently?


Sheesh, can I start in 2016? No? Okay. Um, I'd probably like to have read more this year, definitely written more outside of Fractured Princess.