Me on Monday: I should schedule my post.
Me on Tuesday: I should start my post. Friday will be here before I know it.
Me on Wedensday: I should write my post tomorrow.
Me on Thursday: ....
Me on Friday: Oh, crap, my post!

So, I'm bad at this. haha This is usually the week I share what I'm reading with you, but I hadn't picked up The Handmaid's Tale for about two weeks, so I needed to finish that (thank God, I finished it. It was blah), BUT last Saturday, I took the time to finish Final Fantasy XV which, because I was Level 72, took me about an hour, less time than it took me to fight the adamantoise (which took me close to 3 hours). 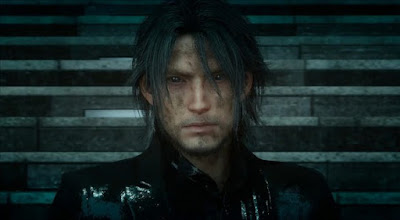 ﻿
As I explained in my post about the homages in this game (CLICK), Noctis is told he has to sacrifice himself to get light back into the world. That takes 10 years, so he comes out looking like a cleaner version of this. We had just fought Ifrit here, so he's a little covered in smoke and ash. He's telling his friends to walk tall (though they also don't make it, which I didn't realize until I read someone's explanation of the ending), and he goes inside to fight the darkness, Ardyn Izunia, formerly known as Ardyn Lucis Caelum, Noct's millions-great-grandfather or uncle, something close.

Long story short, Ardyn was supposed to be king thousands of years ago, but he was used to destroy daemons by sucking them into his soul, and because he was corrupted, he was basically banished. So, obviously, he wants vengeance on the kingdom of Lucis, which he successfully starts at the beginning of the game by having King Regis killed.

I'm awesome, so I defeated Ardyn with no problems and a nod to Cloud's Omnislash limit break. But dear God, the end sequences. With a nod to FFVII's Knights of the Round, the past kings, Noct, Luna, Gladio, Prompto, and Ignis all band together in the afterlife to get rid of Ardyn for good, and the World of Ruin (another nod to FFVI) finally ends after 10 years. The credits roll, and we get a conversation around the campfire that brings me to tears. Of course, it's the first time Noct has seen his friends in 10 years, and then, they're on their last mission together before they all go off to die. 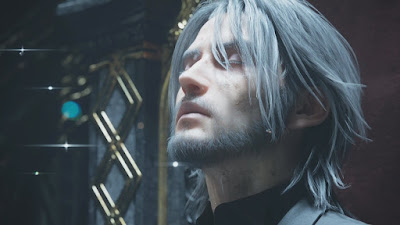 Even with the hundreds of side quests, I give this game a 10. Not an FFX 10, but a solid 10 nonetheless lol. ﻿The graphics were gorgeous, the music was awesome. I loved the bond the guys had (seeing them do special link attacks together made me so giddy), and because there are so many other things attached to this game (Kingsglaive, Carnival, Episodes), I love the versatility. I even liked the battle system, and I'm very pro-turn based fighting.

I could see a sequel coming from this, but God, I hope they don't do it. Maybe another movie, where we know what happens now that there is no king anymore. I want to know how the world can go on. I could see them worshiping Noct and Luna, and they have the ability to appear at will. Mainly because of the last video clip they gave us to send off the end of the game. Screenshot here: 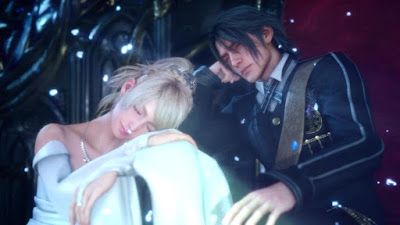 ﻿
They finally get to be together. My heart. Be still.

I can also see this being the last game of the franchise. They did so many homages and CDs we could listen to of the old games. It was epic, and I don't think they would be able to top this one with another game. It's the best one since X. I'll play again eventually. Not for a few years, though. It took a toll on my spirit. lol

Once you finish, you get an updated logo on the main screen, where it used to just be the girl, you realize after the above sequence, that it's Luna. Then, Noct's little sleepy body appears, and Fin. *sigh* Such a good game. I'm going to play the end again just because. :) 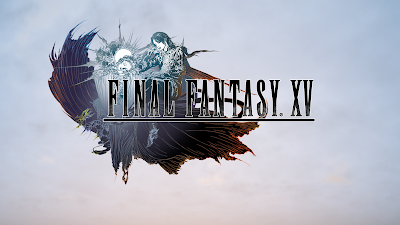 In my next Final Fantasy Friday, I should have played Episode Gladiolus and at least started Episode Prompto, so I'll let you know how those turned out.

UPDATE 8/31/17: The episodes weren't really worth another post. Gladio's was boring, and while Prompto's wasn't as boring, I didn't need it. I know other fans probably loved them. I'm ready for Ignis's episode, though! Ignis was my favorite of the three, and the story is going to center around how he was blinded during the Imperial attack on Altissia. HERE FOR IT!