On the last Friday of the month, I geek out about anything Final Fantasy. If you don't already know, my YA fantasy project Fractured Princess is an homage to the franchise, and I use influences from the games in my story. One such is Princess Garnet, aka Dagger from Final Fantasy IX. 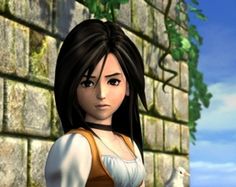 My main character Jonnie is based on Dagger. I was playing FFIX when I started writing FP. Dagger was a very proper, very naïve princess who wanted to figure out what was up with her mother who had basically lost her mind and was attacking other kingdoms. It was hard for Dagger to fit into the general public because she spoke so properly, so there were many moments where she practiced speaking like her laid-back, sarcastic co-MC Zidane, an actor/hired thief. Still, she often got herself into more trouble than she could handle because she'd been shut up in the castle all of her life and didn't understand the world. 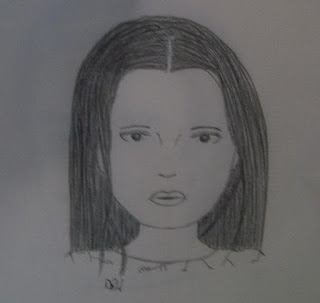 This is one of the first concept drawings I had for Jonnie, back before I changed the color of the Crystal Bearers. When I first wrote Jonnie, she spoke super properly. When I think about it now, I cringe. I was trying really hard to go for that Euro-medieval dialect, and it was terrible. She was also very sheltered and child-like, but unlike Dagger, Jonnie was a very reactionary character, only acting when things happened to her. Dagger had a solid motivation before we even knew what it was: she was going to escape the castle to get help for her mother (what she didn't know was that her uncle Cid had hired Zidane's crew to kidnap/rescue her, but it worked out perfectly).

I had to get Jonnie to that point of being proactive, find out what she wanted before all hell broke loose and how it would fuel her motivation once everything went left. In the last couple of revisions, I decided that instead of just wanting to survive (because that's super basic), Jonnie would want to learn to fight off danger alongside her Watchmen. Subconsciously, I continued to model her after Dagger, who refused to sit by the sidelines as the world around her fell apart. Both girls have an overbearing protector over them, though Steiner is FAR more annoying than Cyan, but they're not afraid to butt heads with them to reach their goal, and that makes for interesting princesses and much rounder stories.

Have a great weekend!

She wanted to learn and grow which is much more motivating for everyone.
Amazing where the inspirations for our characters originate, isn't it?