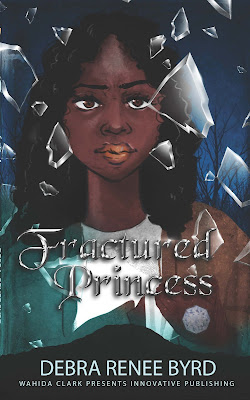 I will catch up on all the missed Wednesday posts next week, but today marks the Paperback release of the new edition of Fractured Princess, available wherever books are sold! Visit my Facebook or Instagram pages to view live readings I did following the Kindle release. I plan to do a Q&A as well that may be up by the time this post goes live. We'll see.

I realized I didn't post the premise on the Kindle release post (I guess because I've posted it here so many times already), so here is the blurb!

Jonnie is the last princess of the Crystal Bearers, once a powerful people. When she was a baby, the metal army destroyed what was left of them, and now it is hunting her. Her watchmen keep her just out of the metal army’s reach, but she has spent her seventeen years running and hiding. Instead of standing by while her watchmen keep risking their lives for her, she decides to learn how to fight alongside them.
On the journey to hone her skills, long hidden secrets about her people reveal a connection between the Crystal Bearers and the metal army that only fuels Jonnie's will to defeat it. But the more she learns about her own powers, the more she realizes she may be responsible for the metal army – and the destruction of her people.
on September 14, 2021

Big congratulations, Debra! Do you have your own copies now?

Thanks! No, not yet I have to order them.