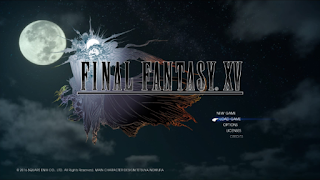 I'll be interested to hear your take on this game as I've totally gone off it since I started playing the actual story as opposed to going around doing the submissions. If like me, you watched Kingsglaive and are hoping it's going to be anything like that - like ANYTHING, you might just be disappointed.
I really don't want to give up on this franchise but in my opinion, SquareEnix hasn't told a good story since.

I definitely wouldn't expect it to be like Kingsglaive. The prequel movie and episodes just set up the backstory of this game, which the others never had before the fact, so I'm coming in aware of what's happened/happening but knowing each piece of XV's stories are bringing something different to it as a whole.

Whoa, that something big is freaky... o_O

By anything like Kingsglaive I really meant the story, the movie had a good story! I'm not sure what part you're up to but there's a good few large parts/characters in the movie that seem to be set up to add to the games story experience...then are dropped.

I'll be keeping an eye on your updates! You sound like a die hard fan though, so maybe you'll like it either way?

I am liking it so far, which bodes well. If I'm bored right off the bat, I'll most likely find it a waste of time.

Scared me to death

Ah so if you're up to 3 don't you think it's weird Gladious and Iris don't talk about their Dad's death when they meet up? Super weird! He was an important character in the movie!

I'm not that far in yet lol. Just killed the behemoth.

No more non-spoilers yet then! lol

Lol! I'll let you know when I get there.

I made it there today. Yeah, Iris was too chipper for the current events.